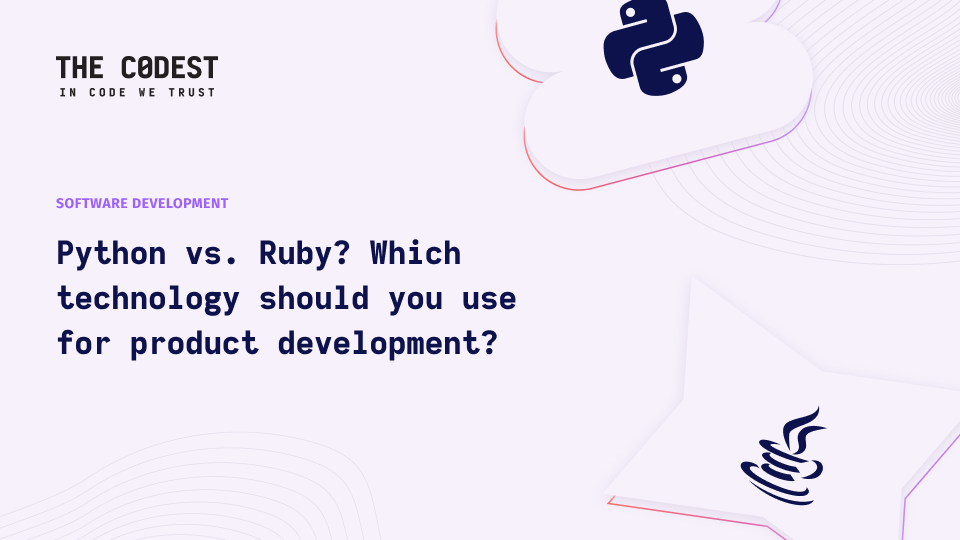 Do you have a dilemma? Ruby vs. Python? Check out our comparison of the two languages.

The most important common features of Python and Ruby

Contrary to appearances, Python and Ruby have many common features when it comes to the software development process. Of course, their use is slightly different, but we can find some common issues. Here are the most important ones:

In turn, Python is famous not only for web applications, but also great for projects related to data management, machine learning or AI. This is possible thanks to its frameworks and libraries like Django, Pyramid or TensorFlow.

However, the list of the largest companies that use both languages is interesting. The common issue is that the world's largest brands use both Ruby and Python to develop their products.

Python is currently the fourth most popular programming language (according to Stack OverFlow). In this respect, it is better than Ruby which ranks fourteenth. Ruby recorded a slight decrease compared to previous years. Until recently, it was classified in the top ten.

It is worth noting, however, that the greater popularity of Python is related to the more versatile use of this language, a more developed community and its use by the largest corporations in the world. This is undoubtedly its advantage, which places Python above Ruby in this respect. 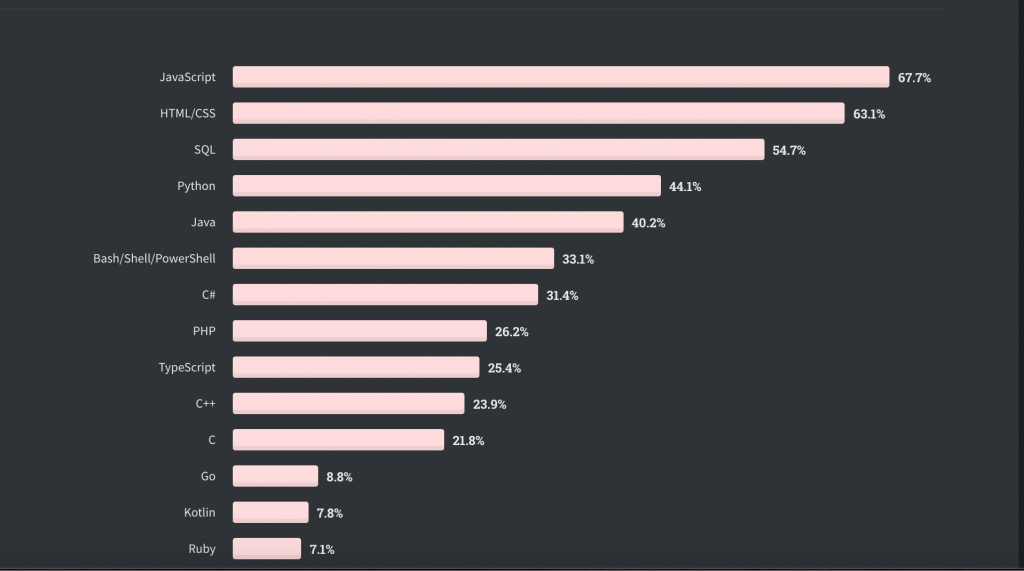 Basically, Python and Ruby have a very extensive community. This greatly facilitates the development of these programming languages. However, Ruby began to gain popularity only in 2005 with the appearance of the Rails framework which is driving force behind Ruby. In turn, Python, due to its greater diversity, can boast of an even more developed community.

The best proof of this is the scale of the use of both languages. Ruby is very often chosen by startups that care about time and cost-effectiveness in the process of building products. Python, on the other hand, is associated with large and wealthy corporations. This factor makes the Python community more developed than Ruby's.

Python and Ruby are dynamically developing programming languages. As you can see, they have their strengths and work well in various projects. If you’re facing the dilemma of choosing between these two technologies, consider factors such as performance, type of product that is being developed, and costs - this factor will probably also be important to you. Pros and Cons of Python

For over 30 years, python has been used by many software developers all over the world. Even in 2022, people are still learning this highly versatile programming language because of the major role it continues to play in the... The Ultimate Breakdown: Ruby vs. Python

Ruby and Python are two great programming languages interpretation-and dynamic typing-wise. You can read about their applications, popularity and community in one of the entries on this blog. These languages have many things in...