Python is a programming language with very versatile use. Using its frameworks and libraries, you can create various applications. That’s the reason for the popularity of this technology. On the one hand, it is appreciated for its high quality, and on the other for its wide usages.

The biggest advantages of Python are readability, ease of use and productivity (we are able to create a specific application with less effort than in other more complex technologies). It is also without a doubt that it’s a very beginner-friendly programming language recommended for people who want to start programming because of the low entry threshold. Interestingly, Python code can be read like English text.

In Python, the syntax is clear and concise. This definitely distinguishes it from other languages. It has significantly fewer syntactic constructs than other technologies. In addition, Python is dynamically typed and memory management, in turn, is the garbage collector as in most high-level programming languages.

According to the latest Stack OverFlow report from 2020, Python is the fourth most popular programming language. It is used by the largest brands in the world such as Google, Yahoo, Nokia, IBM and even NASA. 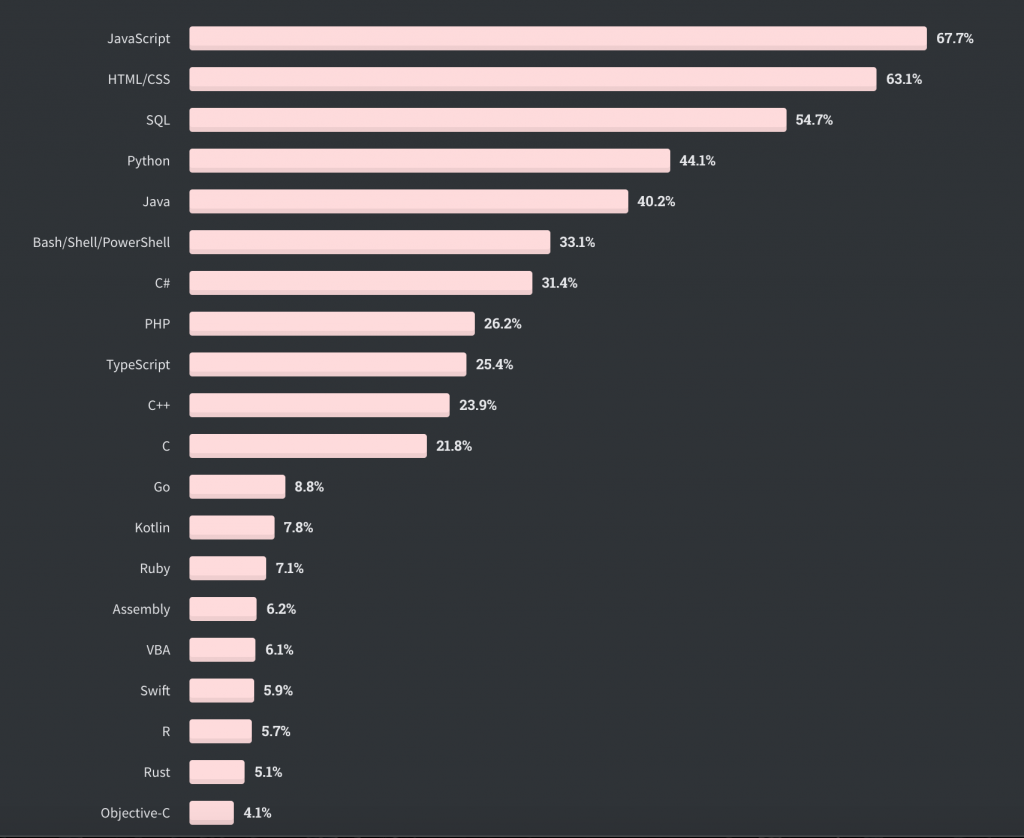 Python reigns supreme in areas such as data science and machine learning. It can also be used on the Raspberry Pi, a credit card sized computer platform. Python is also very popular in creating websites, desktop applications that run on users' computers, including games.

Where else can Python be used? For example, for creating dynamic websites. This is possible thanks to its frameworks such as Django or Flask. Python has found application in the effective and quick creation of modern websites rich in functionality.

Thanks to a comprehensive collection of modules and libraries, ease of testing and code readability, websites written in Python can achieve the same state and set of functionalities faster or cheaper than previously used languages ​​and platforms.

Interestingly, with Python, you can easily use the API / services of websites such as Twitter, Facebook, Google applications (Maps, Docs and others), NASA, YouTube, weather and stock services and many others.

Python is one of the most in-demand programming languages on the market today. It seems that in the coming years the interest will become even bigger. With the growing interest in topics such as big data, data science and machine learning, the demand for Python developers is also growing. On the other hand, machine learning, which is both part of the development of artificial intelligence, and the growing amount of big data, bode well for the future of this language.

Additionally, the ever-expanding Ruby developer community is worth mentioning. Every year, more and more new developers are appearing on the market. New candidates are eager to learn this language because of its affordability and good earnings.

As you can see, Python is currently one of the programming languages which are most often chosen by companies. It has maintained a strong position on the market for years, and it will be probably still gaining popularity in the coming years. Due to its wide application, it works in many types of products, so I am convinced that the positive trend of Python will only grow.

- High demand for Ruby developers. Where is it worth finding real professionals?

- Best practices when cooperating with a software house

- How to improve Vue.js apps? Some practical tips