You have probably heard about the MVP more than once. As a reminder, I will add that MVP is an approach to product development based on the fastest way possible to create a new product. It begins with the basic functionalities that enable the product to be implemented on the market. The basic version of your product could be enough to show its value to the customer while allowing you to collect feedback and gradually develop it by introducing new functionalities. 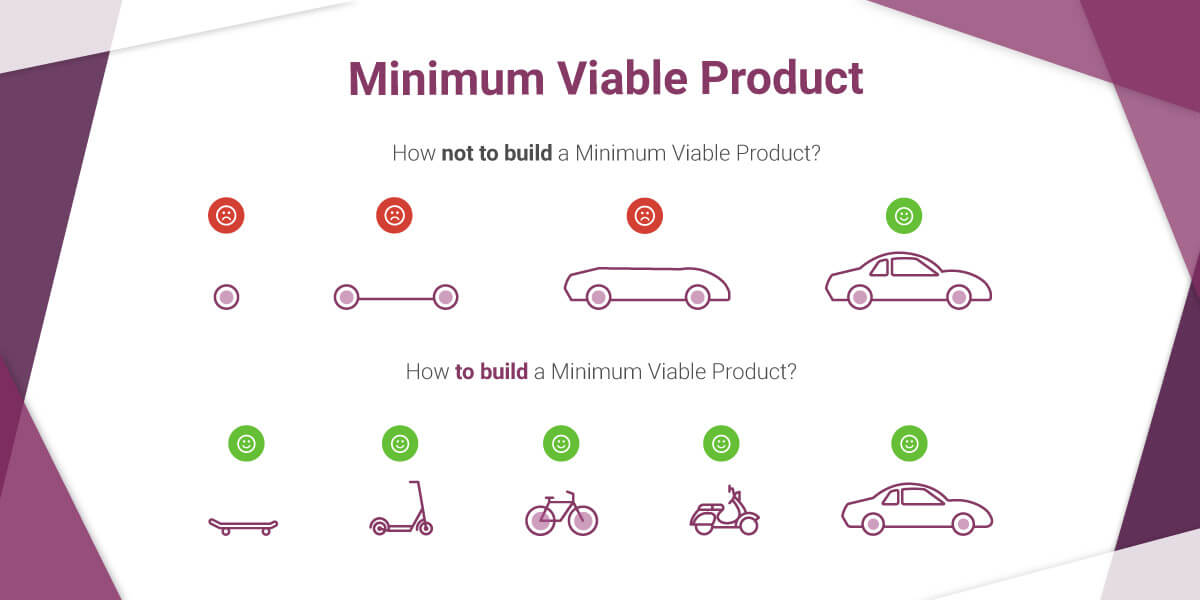 I believe, I don’t have to convince you that the MVP approach is the way to go, due to its many benefits. Now, it's time to answer the question “What technology will be the best choice for an MVP project?”. Often we get queries from our clients about MVP and Ruby on Rails connection. A lot of people have heard about this solution, but not everyone knows what benefits are associated with it. That's why we decided to answer all the questions.

Why Ruby on Rails for MVP?

Efficiency and speed of development

Ruby is a simple, fast and effective programming language. In combination with its most popular framework Rails, it creates a natural environment for MVP. Ruby on Rails contains ready-made modules and built-in development tools that speed up programming time. Developers do not have to write extended lines of code, because Ruby is a concise programming language. The entry barrier for this technology is relatively small. It's simple, if you care about time and want to quickly create a product, go with Ruby on Rails.

Thanks to the DRY principle (don't repeat yourself), developers do not repeat the same work and this significantly accelerates their work. It is also worth mentioning Conversion over Configuration. It assumes that the necessary configuration will be minimized by replacing it with ready-made models. Besides, thanks to the available plugins, the developed product can be quickly expanded with new functionalities at any time. This is undoubtedly another example showing the advantageous speed of product development using Ruby on Rails.

There is another important factor to take note of. In the case of other programming languages, the first stage of development involves the necessity to write a large part of the code to test it and to perform a large number of configurations. Only then, it is possible to see the first effects of the product. This is the case for Java, for example. In Ruby on Rails, thanks to many developer-friendly functionalities, you will notice the first effects much faster.

Ruby on Rails is an open framework, this means that its source code is freely available. Developers can use the available libraries for free. Thanks to this, they save time - for example, on code testing. All you need to do is use ready-made code snippets that have already been tested and verified by someone else. In this way, you can build additional application functions very quickly

The highest standard of safety

Ruby on Rails is an extremely safe technology for your product. It has plenty of built-in security and functionality that make the application ready for any attacks or attempted intrusions. It is built-in protection against XSS, CSRF and SQL Injection attacks, which are rated among the most popular attacks on web applications.

To ensure the product's high stability and quality, the developers' community associated with Ruby on Rails, give great importance to the tests. This framework allows programmers to create automated tests of selected code snippets. What's more, RoR has built-in automated mechanisms to support testing. In this way, not only your product can be created in a relatively short time while maintaining the highest safety standards, but also, you can count on its reliability.

Ruby on Rails is popular among startups

The MVP approach is most popular in startups who care about time and cost-effectiveness in the process of building their products. You must know that it is estimated that thanks to MVP, the product can be built even 30-40% faster. We have experienced a similar situation in Codest. We have described on our blog the story of how, thanks to MVP and Ruby on Rails, we managed to create a fully functional application in just two months. You can read more about it here.

So, what does it mean MVP and Ruby on Rails? Simply - speed

Note that the word ‘speed’ has been repeatedly mentioned in this article. I think it is the best term that connects both MVP and Ruby on Rails. Is timing important for you when developing a new project? Your answer is MVP. Are you looking for fast and reliable technology? Your answer is Ruby on Rails. The conclusion is that we can see a synergy between them. With no doubts, Ruby on Rails is a natural environment for products developed with the MVP approach.

Software houses in Poland. Why is it a good place for IT services?

What should you know about the Netherlands market? Sustainable development and many promising companies