Pros and Cons of Python 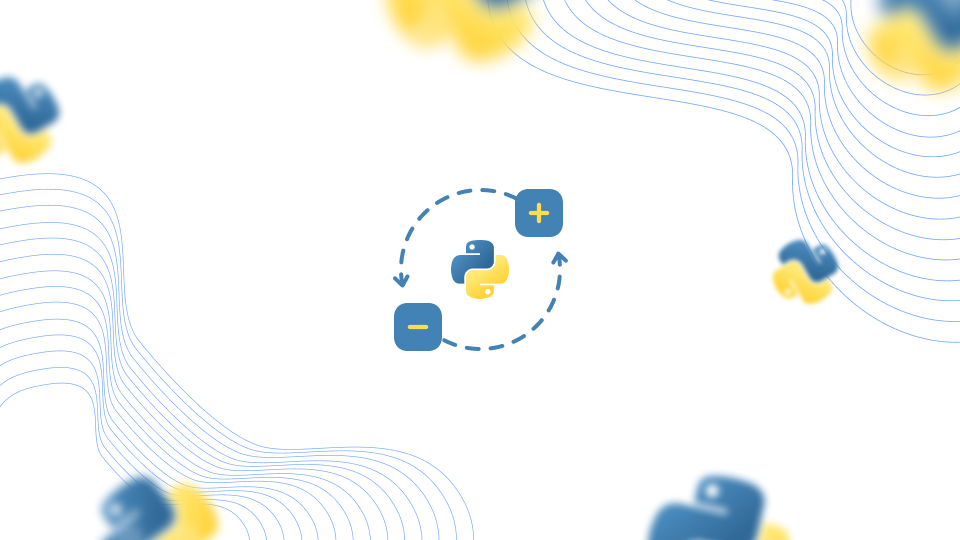 For over 30 years, python has been used by many software developers all over the world. Even in 2022, people are still learning this highly versatile programming language because of the major role it continues to play in the world of software development.

People hardly talk about the other side of python, but today we will uncover the good and the not-so-good aspects of Python software development.

The pros of Python

There are so many advantages of this programming language, but let's take a look at the most popular pros that are actively underlined by Python developers.

Python is easy to learn and read

As an increasing number of people get into programming, we can observe that they encounter difficulties because they start with languages that are difficult to learn.

Python stands out in this regard because most newbies can easily understand how the syntax works. This can facilitate their way to becoming a top python developer.

Even as an experienced software developer, Python makes life easy for you because it is easy to read. You can go through the code written by another developer without any difficulty.

What makes the ease of learning and reading Python so pleasent is that it requires you to write fewer lines of code, while giving the same outcome as other programming languages that require more.

All programming languages are designed to improve productivity, but Python takes it to a higher level.

Since Python is so easy to read, you can focus on actually creating solutions instead of deciphering the nature of the programming language. This feature alone can help you save time and reduce the amount of stress that usually comes with work.

Thanks to dynamical typing, Python assigns a data type when the program is being executed. So you don’t have to concern yourself with declaring variables or stating data types while you code.

With such a burden lifted off your shoulder, you just have to admit that Python really increases productivity since the variable is not a bother until we need to run the code.

When compared with other high-level programming languages like Java, we can choose Python because of its powerful integration features which make it a better choice for the building of enterprise software applications.

Python has a vast collection of libraries

When you use Python, you don’t have to depend on external libraries because it has more than enough functions you will need to carry out your project.

As wide as software development is, there is arguably no aspect you can work in without getting support from Python’s extensive library.

Apart from the more common projects of web and mobile software development, Python also has libraries that can help you with machine learning, AI (artificial intelligence) modeling, video game development and so much more.

A lot of complicated processes are simplified with the inbuilt standard library of Python, so there is arguably nothing you can imagine that you can’t bring to life with Python — even without the use of an external library.

If you ever find yourself in a rare situation where you have to use an external library, you can use the Python package manager (pip) and the Pythonpackage index (PyPi) — these two resources work hand in hand.

Python is free, open-source, and has a vibrant community

As a Python Developer, you have liberty to use their source code to form a version that you prefer. Think of it as simply making modifications to the programming language in order to have your own customized version.

This fantastic feature is possible because Python has an OSI-approved open source license, which allows users like you to access the source code and legally share the outcome of your modifications.

Another reason why Python is a favorite for so many software developers is that they have one of the most supportive communities in the world.

Python communities are forums that are filled with great minds who are willing to share their knowledge, experience, and expertise with fellow Python developers all over the world.

Unlike many tech forums that seem elitist, Python forums are very active and everyone is treated as a part of the huge global team that Python has.

Most of the great minds in software development, including some of your mentors, are in Python forums and they contribute heavily to the success of different projects.

As a programmer who knows the value of support, using python automatically guarantees you the support you need through the different helpful and active communities you can join.

Python is a portable programming language

No matter how good a programming language is, it can be a challenging venture to code in it if it's not portable.

A portable programming language is one that can work on any platform without requiring the developer to make changes to the code.

Thanks to its open-source nature Python, is able to work on different platforms and you don’t need to edit the program for your operation to be successful.

Most high-level programming languages need that change to be made before the code can run elsewhere, which can easily waste time and stress the developer.

All these perks that make things easier for developers may look minor to someone who does not code, but if you do, you will be among the millions of developers all over the world who cling to Python because of this single feature.

Python is an interpreted language

High-level programming languages are known to require compilation to binary - Python does not.

In the case of Python , the program is executed from the source code directly. So all you need to do is to ensure that the right libraries are linked to the program.

Python's mode of operation is special. It converts the source code into bytecodes and these bytecodes are then translated into the native language before the program is executed.

You do not have to compile programs here, which makes things simpler and faster for you.

The cons of python programming language

We have seen the advantages, now let's dive into the cons of using Python.

Python does not have lots of drawbacks but there are definitely some aspects you should be aware of.

This drawback is the most widely known con of using Python.

The program is not fast when executing codes, and this has a lot to do with the fact that Python is a dynamically typed and interpreted programming language.

While your program runs in Python, it has to do more work in line-by-line execution, so the process will be slow. If you are on the clock with any project, this drawback could make it a bit more difficult to meet the deadline of your project. But if you are not in a hurry, you can use Python and this drawback will have no effect on your outcome.

Python is not so strong with mobile computing

These days, even children have mobile devices and are actively involved in the programs they can run. So Python not being great with mobile computing is a major drawback for the programming language.

Python was built to be used in the server-side programming, so the client-side is rarely used — and that’s if it is ever used at all. Because of this, Python does not do well with the making of mobile applications.

Python's s low rate of processing a program, as well as the sub-par memory efficiency, are the two major reasons why mobile computing is not supported by Python.

Many Python developers insist on using this programming language for mobile computing. Some of the reasons might be the Python frameworks such as Kivy or BeeWare that aid mobile development.

Python can have runtime errors

While using Python , you can expect to see runtime errors because of the dynamical typing feature of this programming language.

Since the data of a variable is not static, it can change at any time, so runtime errors are really hard to avoid. So it goes without saying that as a Python programmer, you should dedicate some time to rigorous testing in order to get the preferred outcome.

As great as Python is, this imperfection is a tradeoff.

Python naturally uses a huge amount of memory to carry out all the features that made you choose it, so if you are building an application that needs memory optimization, using Python will restrict your memory space.

Python is not easy to test

When your program is being executed, all the errors are caught in the process. And for you to successfully launch the output, you must clear out or modify every single error, so testing takes a lot of time and sweat.

If your program is integrated with other systems, then you will find the testing process even more tasking.

You need a lot of patience and time to successfully test a Python program, and unfortunately, time is not a luxury that many programmers have.

As You can see Python has lots of advantages and also some drawbacks that are worth knowing. Python still remains a beloved language by many developers around the globe and the popularity of this programming language is likely to grow in the nearer future.