PHP remains one of the most popular programming languages around the globe with over 6.1 million of PHP developers. Simplicity, platform independence, and outstanding community are just a few reasons why the number of PHP developers keeps growing.

PHP is a popular choice for developing static and dynamic websites as well as speedy prototyping. For this reason PHP is commonly used by startups, businesses, small software organizations, advertising, and media companies. As those markets tend to flourish the demand for PHP developers to hire gradually increases each year.

There are a couple of things worth keeping in mind when it comes to PHP from a business perspective, so without further ado let’s dive into 5 crucial things you ought to know about PHP software development.

1. Who is PHP developer (roles & responsibilities)

Often PHP developers can be perceived as backend developers as they tend to have experience in technologies such as Apache, MySQL and Linux which are a part of the LAMP stack.

What PHP Developers actually do? It strongly depends on the workplace and position - Here are some of the most common PHP developers' responsibilities you might want to get to know in order to understand the specification of this profession better.

PHP is known to be a simple-to-learn type of a scripting language. Thanks to its logical syntax and straightforward commands PHP has found its followers all around the world.

Many programming newbies decide to start their journey with PHP as working with commands and functions is relatively easy - you can understand them without any major misunderstandings.

Platforms that were created or developed in PHP can be run on any platform. You can integrate it with other databases and programming languages without hindrance such as re-development to make things work.

Lots of PHP Experts to hire

The rising popularity of PHP enriched the programming community with thousands of PHP developers to hire. The high competitiveness in this niche that is resulted by a high number of PHP developers positively lowers the PHP development costs.

PHP has been around for a while now which is why it has been tested in many different types of environments. What does it mean? During all these years of PHP’s existence there were many major bugs that have been discovered and later fixed in toder to make this programming language more reliable and stable to any future and present PHP developers.

PHP is an open-source language meaning that the ASCII text file is widely accessible. If bugs in the source code will be found someone could take advantage of it. Troubles with handling large number of apps PHP finds handling a couple of technologies at once difficult. As it is not competent modular PHP can be troublesome when it comes to multitasking, kind of just like in Java. However, day by day there are more and more libraries supporting the creation of applications as microservices

4. Where to find PHP Developers to hire

Despite many alternatives to PHP, there is still a significant demand for PHP software development services. While looking for your ideal offer make sure to dive deep into all the possibilities online. You might want to check b2b rating platforms such as Clutch to find some of the top software houses.

Undoubtedly offshoring isn’t a trend, it's the future of how companies find talents. That is why don’t hesitate to explore offers from abroad. Europe is a great place to outsource PHP developers as it is home to many tech hubs and outstanding technical universities.

Let’s take a look at the most common European countries you might want to to outsource PHP developers from. 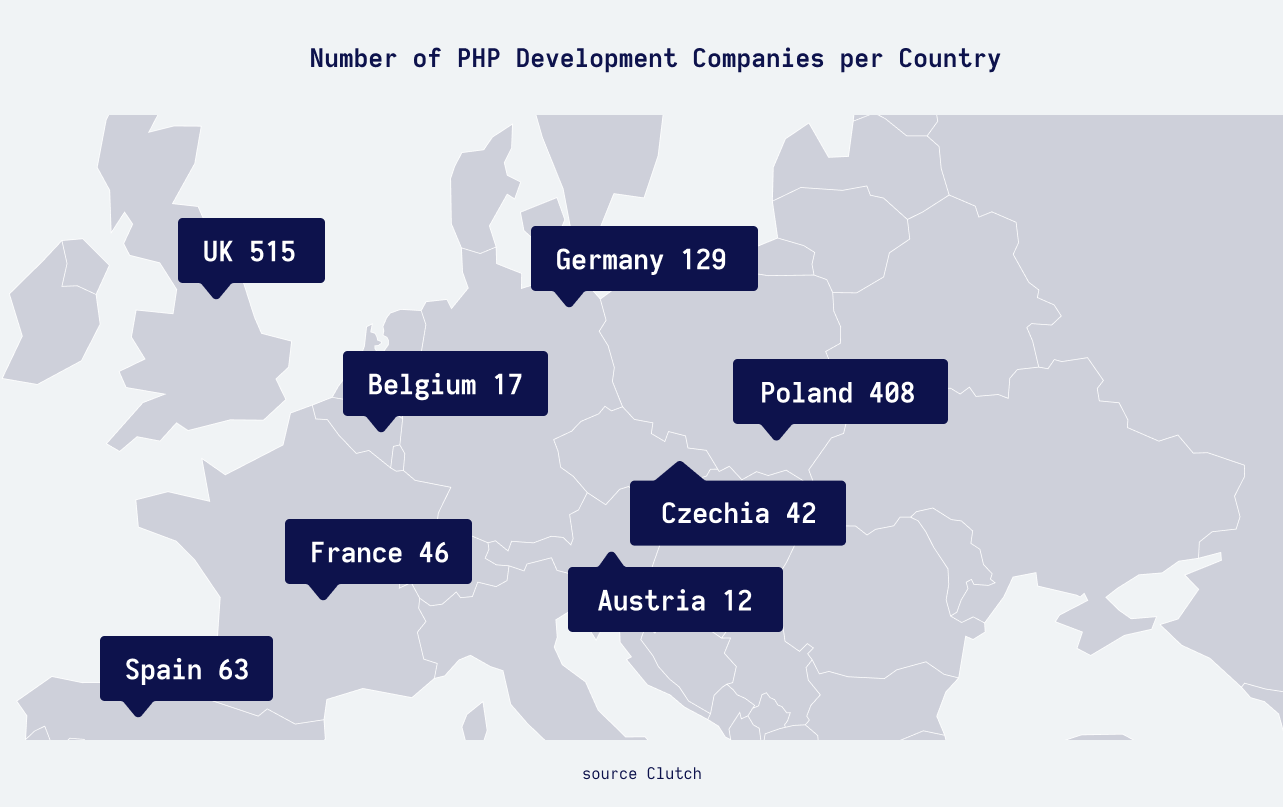 5. What are the hourly rates?

If you are looking for a programming expert to expand your team but have a limited budget you might want to take a look at the comparison of the average hourly rates around Europe. Thus you will be able to more efficiently plan your project expenses and find financially available options.

Here are some hourly rates of PHP software development in Europe: 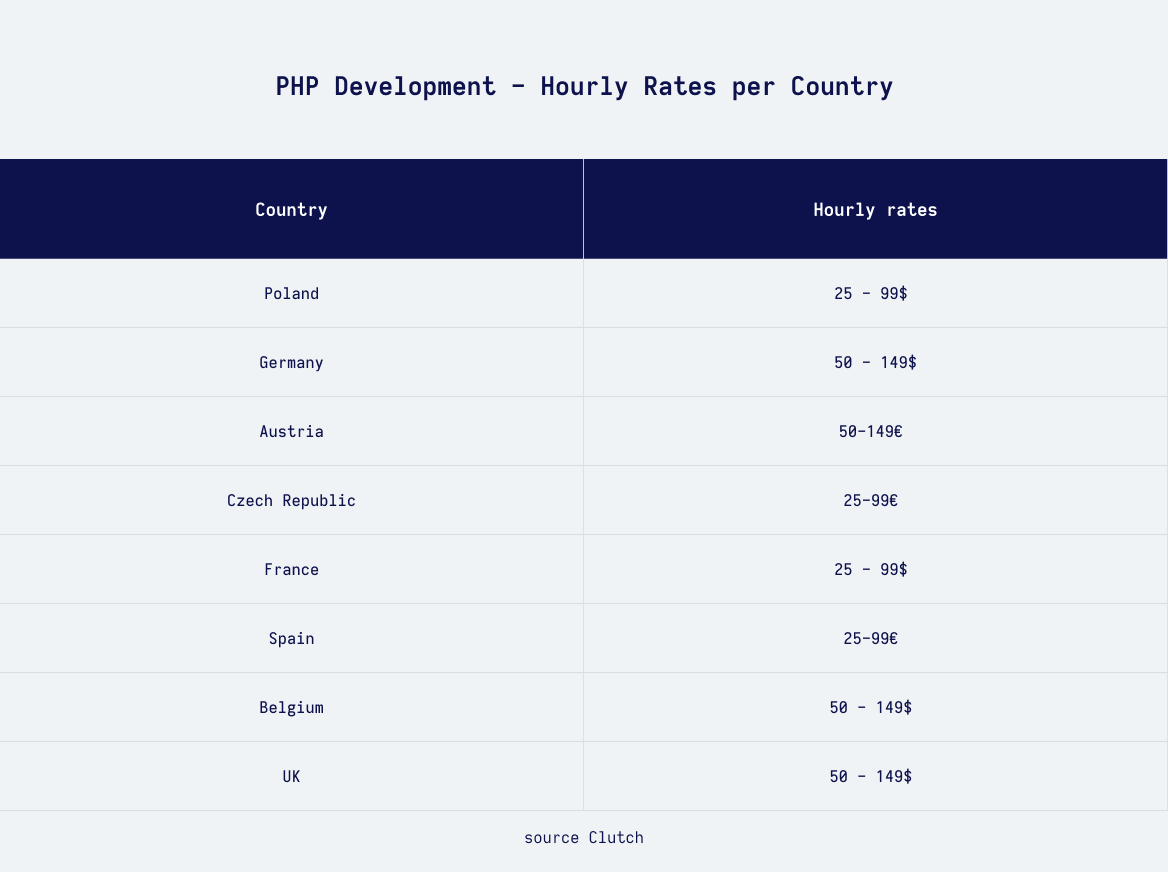 PHP remains a stable player in the programming game. As a language with many use cases, the appearance of outsourcing and offshoring PHP developers is a common action. Before taking steps in your projects where PHP software development is needed it is crucial to know what the reality of this industry looks like to better plan the whole process and predict possible obstacles.

The Codest's Success Story: From Ruby Dev to Masterclass Leader